Are There Any Side Effects of CBD? 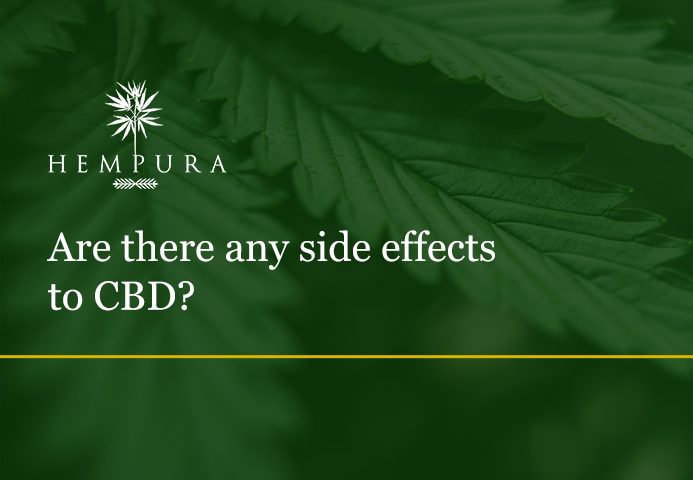 When any new supplement comes onto the market, it’s vital that you research what it is and what it does before you think of taking it. That’s just basic common sense. That especially applies if the product is derived from something like cannabis. So does CBD oil have side effects?

CBD oil can have unexpected effects if it contains too much THC or not enough CBD. This is possible if the oil is from a poor quality manufacturer. CBD may also have side effects including nausea, fatigue and irritability. However, this has not been fully scientifically tested. Only anecdotal reports are available.

The public’s pre-existing perception of cannabis means that CBD oil may be viewed in the same negative way. But its effects and its side effects are completely different to those of cannabis. The vast majority of people who take CBD as a supplement report lots of positive effects, and no negative side effects at all.

Does CBD Oil Have Side Effects?

CBD oil does have some side effects. The only issue is that they are poorly understood. There are a few reasons why:

This gives rise to a big gap in our knowledge. So, for example, some people use CBD to treat nausea while some people think that nausea is a side effect.

To be clear, CBD oil hasn’t been found to have any specific side effects. By this, we mean that CBD doesn’t cause any symptoms that other common supplements and medicines don’t cause. It may on rare occasions make you feel nauseous, for example, but it won’t make you grow an extra head!

When it comes to supplements like these, though, you can’t discount people’s experiences. Below are some of the most commonly reported side effects which may affect you.

1) Side Effects from Impure CBD Oil

The first thing you have to watch out for is impure oil or oil which doesn’t have the ingredients it says it does. This is a problem in our budding industry because so many new suppliers are trying to gain a foothold in the market. This leads to lax production using processes that don’t get the best out of the natural hemp used to make CBD oil.

One way in which CBD oil could be made incorrectly is if it’s not properly winterized and filtered. This is a process where compounds other than CBD are mostly taken out.

If you didn’t know, there are two kinds of CBD oil: full-spectrum CBD oil and broad-spectrum CBD oil. Full-spectrum CBD contains lots of additional compounds which are similar to CBD, while broad spectrum oil goes through a process to remove almost all of these, leaving you with practically pure CBD.

If the manufacturer doesn’t know what they’re doing, it’s possible that they could sell broad-spectrum oil which hasn’t been properly filtered. This oil would then have unexpected effects because you aren’t buying the oil you thought you were.

Nausea is what’s known as a non-specific symptom. That means it isn’t specifically related to one or two conditions; it can be the result of almost anything. That’s why you’ll commonly see it listed as a side effect of well-known medicines and supplements. Nausea isn’t necessarily followed by vomiting but can be.

Nausea isn’t commonly reported by people who take CBD supplements. However, it has been reported by some.

Irritability is another non-specific symptom. It’s something that is reported as a side effect of many common supplements. Some people who take CBD for the first time find that it can change their mood, and this is one of the potentially negative changes people have experienced before.

Fatigue goes beyond being a little tired. It’s a state of extreme tiredness. Did you ever stay up all night writing an essay for college or university, and have to go to class the next day? Or, are you a parent, and can you think back to the early days when your little one interrupted your sleep? That state of needing to sleep but not being able to is fatigue.

It’s difficult to understand how CBD could cause this side effect. But, again, people have reported feeling tired after they take it. It’s not clear how or why CBD might interact with sleep, though.

What’s clear more than anything is that lots more research is needed on CBD. As we said above, you can’t discount people’s experiences. That’s why CBD became popular: the people who took it found that it made them feel better in one way or another, and they shared that experience with their friends, family and colleagues. We can’t discount negative experiences but accept positive ones.

But what we definitely need is more research on CBD. We need to more fully understand how it interacts with the body’s endocannabinoid system, why some people might experience certain side effects, and why others don’t.

5) Other Side Effects of CBD

Aside from the effects listed above, there may be more for you to consider. These may include:

To read that list, it would seem that CBD oil does more harm than good! But bear in mind that as of yet, these side effects are only known through anecdotal evidence. It’s not at all clear how taking a supplement could cause anxiety, for example, unless the person already had the condition.

Of course, that isn’t to discount people’s experiences. But more study is needed to absolutely say that these problems are anything to do with CBD oil.

Does Everyone Experience CBD Side Effects?

Like most side effects, the ones listed above only affect certain people. As of yet, there’s no way to tell whether you will be one of those people. With some things like allergies, a medical professional can perform blood tests to find out whether you have one. But the issue with CBD oil isn’t an allergic reaction, so that can’t be done.

What we always advise is to try CBD and see how you get on. Take it using the approved uptitration method for the best results. If it works straight away, and you feel lots of positive effects? Fantastic. If it doesn’t work for you at first, you can always try the uptitration method, where you gradually up your dose.

But if you still don’t feel any positive effects, then CBD oil likely isn’t for you. There’s nothing wrong with that; you’ll just have to find a supplement that works better for you. There are lots more on the market that could provide you with a feel-good boost. To get an idea of what your experience of CBD might be, take a look at these testimonials.

What to Do If You Experience CBD Side Effects

If you do experience these minor CBD side effects, don’t worry. The fix is simple: don’t take your CBD oil again, at least not any time soon. Allow the symptoms to wear away and take note of how you felt.

All anecdotal reports suggest that they pass fairly quickly if you don’t take any more straight away. But if these symptoms continue for longer than you might expect, talk to your doctor and listen to their advice. No reports of CBD having significant side effects have been reported, but they will be able to advise you on how best to deal with your symptoms.

If you do want to continue taking CBD, then wait a while before trying again. The next time you try, make a note of your symptoms this time. You may find that you feel fine the second time, in which case you can start taking it again as a supplement.

If you do feel negative symptoms, then perhaps CBD isn’t for you. Consider trying a different kind of supplement instead, or try a different method of taking CBD, like CBD capsules. You never know what might work for you. 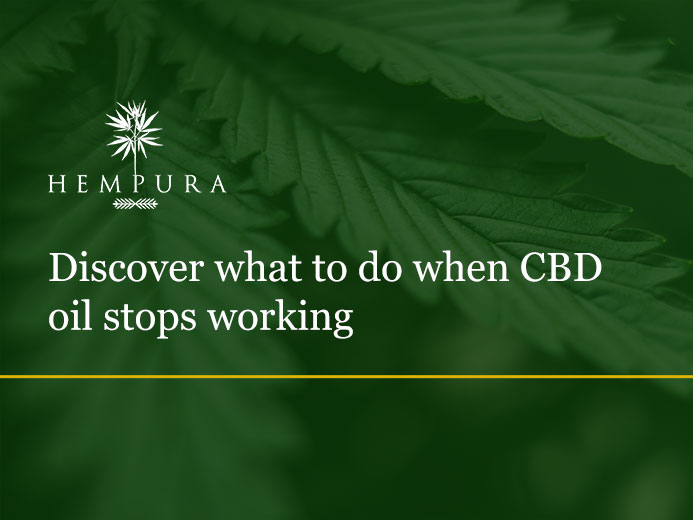 What to Do When CBD Oil Stops Working 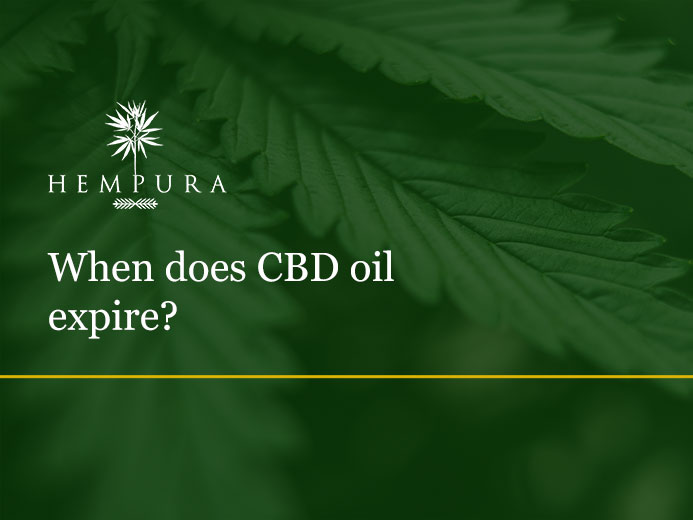 When Does CBD Oil Expire? 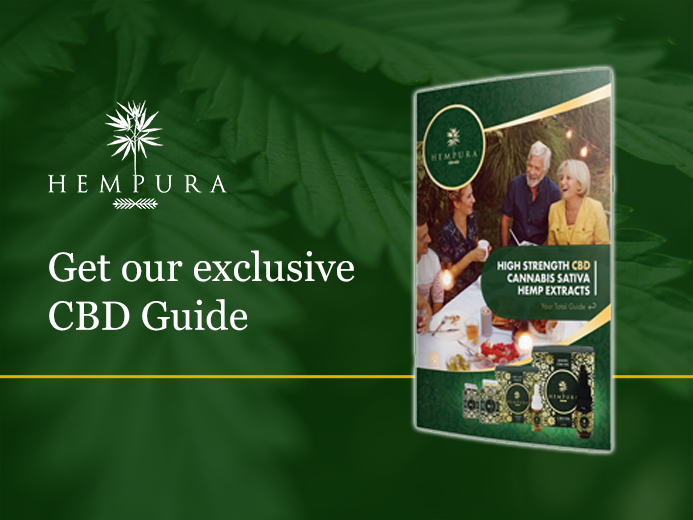 An Introductory Guide to CBD Oil in the UK 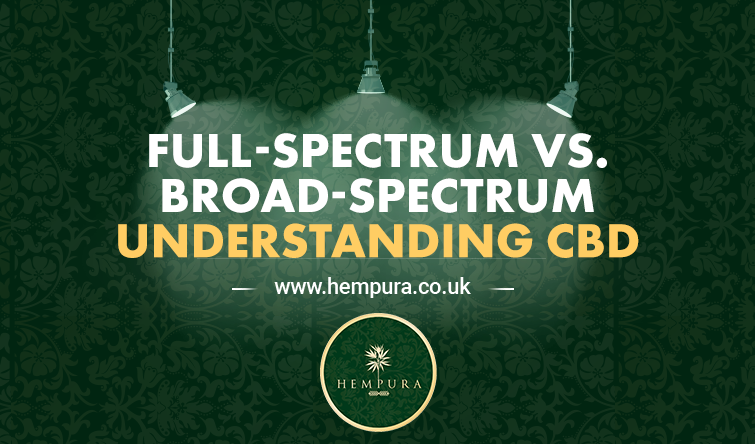