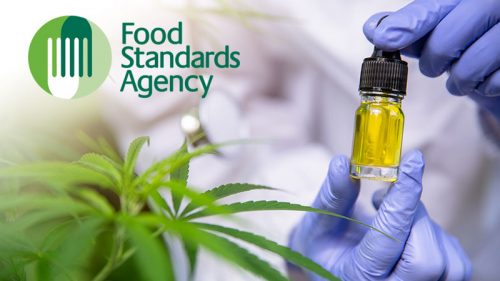 UK CBD companies and stakeholders are awaiting the release of a list from the Food Standards Agency (FSA) that will show a list of compliant products and companies. The list is set to be released imminently as the FSA looks to get a grip on the UK’s estimated £690million CBD market, which is said to be the second-largest CBD market in the world.

The Association for the Cannabinoid Industry (ACI) stated in a press release: “The UK’s consumer health sector is set for its biggest shake-up in more than a decade when the Food Standards Agency (FSA) releases its eagerly-awaited public list of cannabinoid products permitted for sale to consumers.”

The FSA released guidance in 2020 that CBD companies must submit a Novel Foods application for their applicable CBD products, “Novel foods are foods which have not been widely consumed by people in the UK or European Union (EU) before May 1997.”

This system will manage approvals across England and Wales. The FSA estimate they have rejected around 81% of the 800+ applications received since the applications scheme began.

The FSA released information that only products available on the market prior to 13 February 2020 would be eligible to apply and therefore be covered by any exemption from enforcement, with the deadline for applications to close on the 31st March 2021.

Once the list is made public, local and online Trading Standards officers will begin to monitor the market for non-compliant products and begin enforcement actions to clean up the UK’s CBD market from illegal CBD oils, CBD capsules and other products.

Join Waitlist We will inform you when your product is ready for shipment in our delivery center. Simply leave your email address below.
0
0
Basket
Your basket emptyReturn to Shop
Apply Coupon